As most cat owners know, there is nothing more irresistible to a cat than a freshly cleaned litter box. With my fastidious grey kitten he sometimes jumps into a clean box with an urgency that suggests he’s been “holding it” for a while.

Finally he put his front paws on the edge of the box. He spread his legs wide. And he went.

After I scooped his new offering he got back in the box. Clearly, he had other business.

I shoved his tail into the box with him and put the lid on over him. Some things no one should have to watch.

Obi is very lovey tonight. It could just be because he’s in the mood to snuggle. I think it has something to do with my fingernails being the perfect length and sharpness right now.

It’s Thunder Thursday! Today we have Gibby. Gibby is my friend Adam’s cat. Kind of. Technically Gibby is Adam’s sister’s cat but he’s had him for so long that there would possibly be a custody battle… 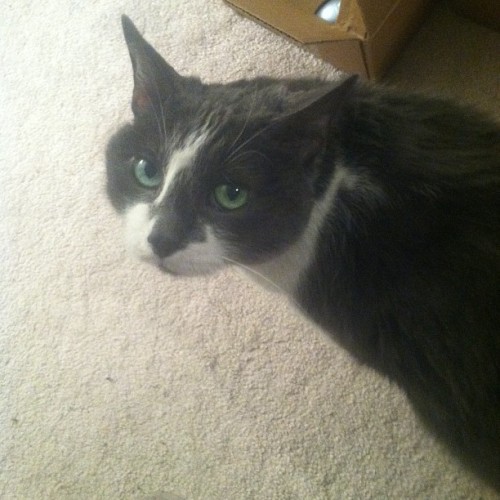