Home Improvement with The Boy, Part 2

In addition to putting in a door to the spare room, The Boy decided to take the wall behind our washing machine and dryer down as well. Obi and I went down for inspection. Neither of them approved of what they saw. 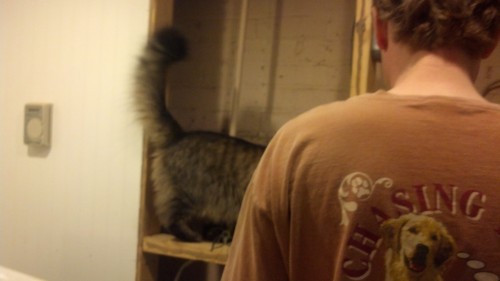 For one thing, they found some serious wasted space behind the wall. Once things are put in more efficiently, the new “hallway” will be about six inches wider. 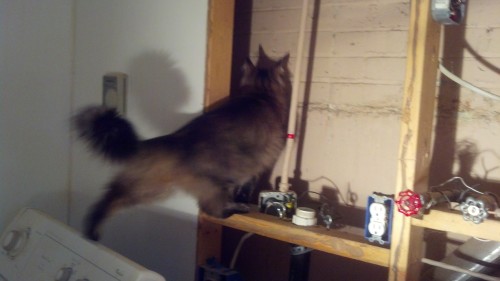 After a cursory look behind the wall, Obi decided he would need some tools. He didn’t find what he needed in The Boy’s supply. 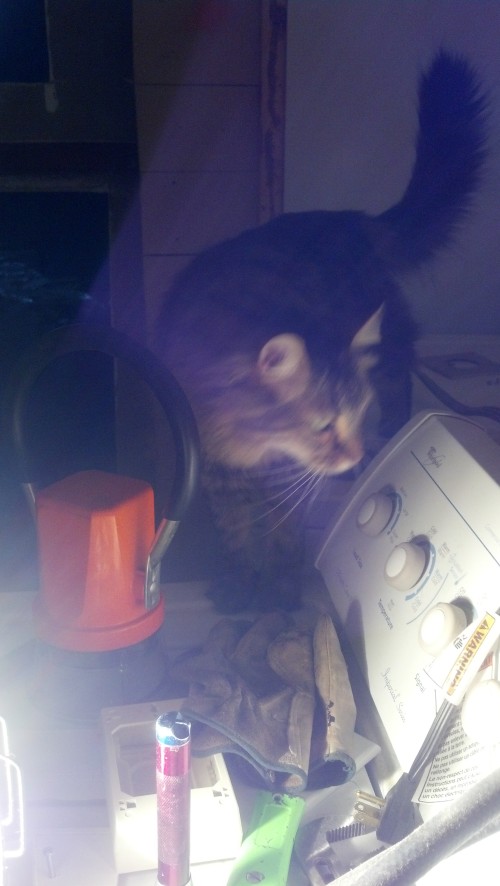 Obi did not approve.

He decided to show off his acrobat skills, but high-wire walking along plumbing, mystery cross-supports on oddly spliced verticals, and electrical piping. 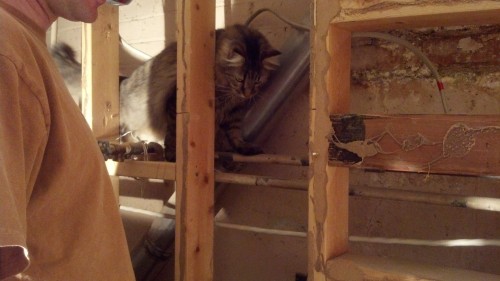 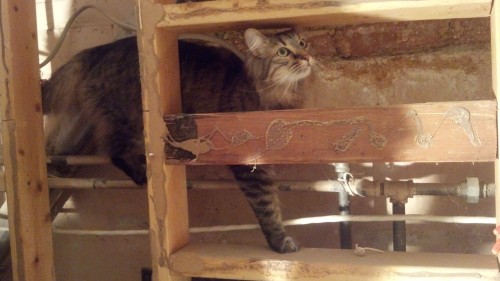 The electrical is bad. Really bad. Bad enough that The Boy would rather pay a professional than hassle with the mess himself. That’s saying something.

We pretended like we didn’t know Obi was looking for a way into the walls or ceiling. 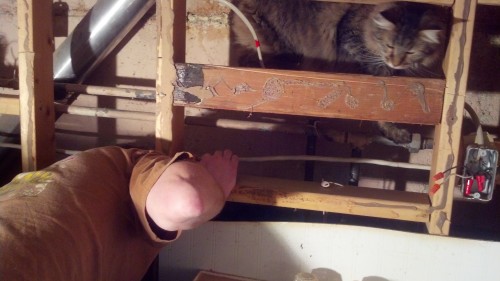 But we did know. So Obi and I went upstairs and the door in the kitchen shut behind us until The Boy was done working. 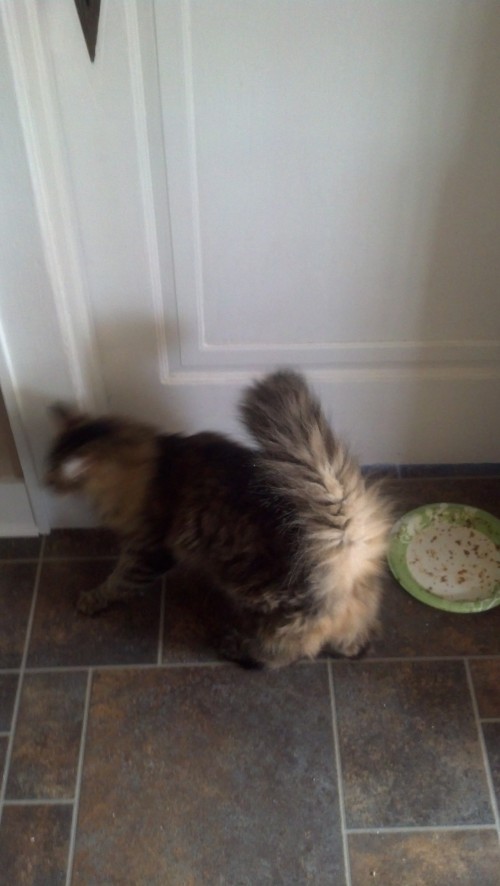 Obi did not approve.

He also didn’t approve of the wet paper towel I ran over him and around his feet to get the spider webs and dust off.

5 responses to “Home Improvement with The Boy, Part 2”