Poor Oliver, he has no legs.

He was trying to help. Help himself to The Boy’s dinner, but help.

Not a lot of trouble. It’s kind of hard to punish him more than not letting him lick the plates when he wasn’t going to be allowed to lock the plates anyway.

But woe is Oliver anyway.

We’ve got tough decisions to make here in the Thunder household. Like: which of these bedspreads do we like better?

Of course I don’t make these decisions on my own. The Boy couldn’t care less. But Kitten Thunder has opinions.

I bought both and brought them home to compare to the rug and other fabrics.  And for the kittehs’ opinions. 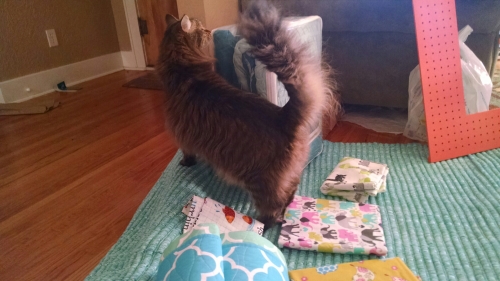 Obviously they choose this one. The other one is wrapped in plastic. How are they supposed to get hair on it?

I also choose that one, it happens.

Why Did the Funky Chicken Climb the Stairs?

What’s it to you? Why do you care if he’s upstairs or down? I mean really, isn’t that between him and Obi?

The brown kitten declared that today is National Obi Day. As with all the holidays he declares for himself, he was disappointed in the participation. It was not, however, as disappointing as The Day of Obi when The Boy went to work instead of rubbing bellies all day.

It helps to have your holiday on the weekend if you can’t get congress behind you.

Here are three snapshots of the day, to show you how Obi celebrated.

1. Obi carried his beige yarn ball into the living room. He set it down in the rug. He made eye contact with me and batted the ball under the couch.

At first I thought he was playing with yarn balls again. Then I realized I’d put that yarn ball in Obi’s supervising box in The Boy’s office.

He stretched out for a nap.

“The floor is made of lava?” I asked. Indeed. The kitten closed his eyes. Indeed.

3. The Boy is, in terms of social media, a lurker. By that I mean he is on Facebook daily but rarely posts anything. No worries, I post enough for both of us.

Today’s post, I have to say, is a winner.

First, because that shelf fix was brilliant and is also #GirlApproved. But also, look at that brown kitten just letting him take a picture! All in the line of work when you’re doing Man Stuff with your Boy, I guess.

So there you have it. Obi has also had many belly rubs. And I stood near him long enough to roll the catnip ball back to him three times this morning. And there will be treats at dinner time.

So, all in all, a pretty good National Obi Day.

We’ll work on a parade for next year.

Want to know the quickest way to annoy a brown kitten? Bake cookies using instructions that are WAY off so you have to check them every two minutes… Just as Obi is settling onto your lap. Repeat five times. 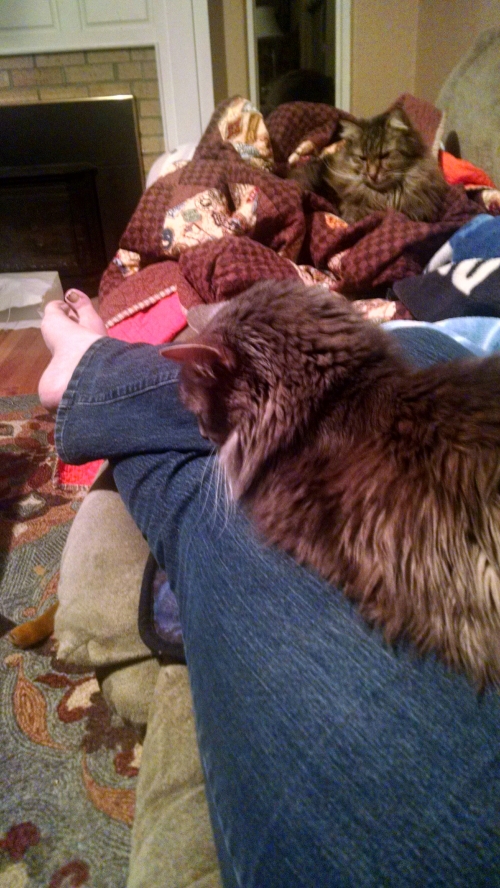 Then sit down for good when his brother is there to sweep in and claim the lap.

Every pregnant woman who has ever existed wants this cart from IKEA. 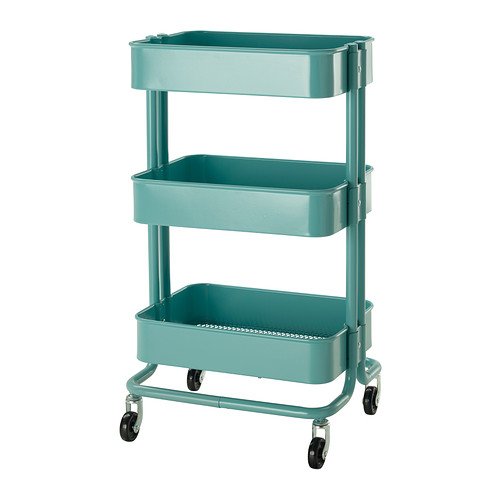 Or, last year when I was reading mommy blogs, that’s how it seemed. But many women said it was too expensive. And indeed it was when The Boy and I were in IKEA and could come up with no reason to buy it.

But! Since then we’ve realized we do need a place to store the diaper changing stuff reasonably near where diapers will be changed. Thanks to The Boy’s sister for sending a wipe dispenser and causing us to use our brains. The cart is the exact right height and color. And it costs half as much as it used to.

Short story long, The Boy had an assembly project because that’s how IKEA rolls. And we like it like that.

Kitten Thunder was on hand to help.

He fitted. He sitted.

Obi swiftly counted the bolts and washers and various pieces. Then he realized I was trying to turn a great time with his Boy into a stupid blog post.

Nope. Not having it. 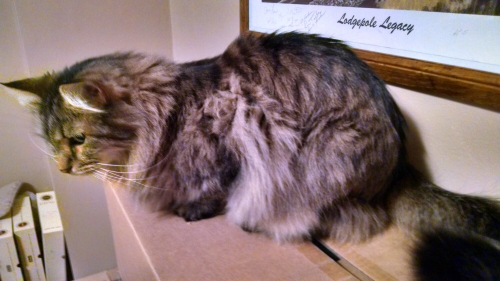 He supervised from a distance until I have up and left.

I am hardly ever cold.

Like, don’t wear a coat unless it’s snowing, socks give me heat stroke, hats are out of the question hot person.

The Boy likes it because he can warm up his hands by holding mine. Oliver loves it. He loves to crawl under the blankets and snuggle close to me.

Until recently. Incubating a small human has cranked up my thermostat and it’s just too much for the grey kitten.

Every night he tries to snuggle close to me under the covers. Then he rolls over and pushes away. Then he pushes harder. Then he sighs… And goes to lay on my feet.

He’s also given up snuggling under a blanket during the day. But he’s a snuggler. So adaptations had to happen.

Like snuggling with The Girl while making as little contact as possible. My arm is comfy. Really.

No, you can’t have these blankies. They’re mine. I’m using them. All of them.

When this kid you keep taking about that is going to play with me finally shows up, maybe we’ll negotiate.

A Blatant Act of Cruelty

Dammit, it’s grounds for divorce. At least, Oliver thinks so.

It’s certainly, he thinks, a reason for a strongly worded letter to the ASPCA.

Do you see this poor kitten?

The sadness? The deep sense of betrayal?

His inability to trust the man who we’ve learned to love? The man that Oliver let’s pet him, and sometimes the grey kitten doesn’t even wash off the cooties…right away?

The Boy ate lasagna tonight. Lasagna, we might add, that was only made possible because Oliver sacrificed of himself and allowed me to leave the couch for half an hour to compile it.

Oliver waited patiently. He not only used his manners, he used his GOOD manners.

Tomato sauce is his favorite.

Then The Boy got up and went to the kitchen. Obviously, since he didn’t give the plate to a cat, he went to get seconds. And…

He put his plate in the dishwasher.

Kitten Thunder’s lives are very hard. For one thing, on the 14th day of Christmas, we took down the tree. While Oliver hasn’t so much as looked at the tree for a month the packing if it was very upsetting to him. Obi loves that tree and was unhappy about the whole thing – except a box full of ornaments to play in, that was fun.

We also got rid of the plastic crate full of tissue paper. It was the best thing ever. But, as he is compelled to do, Oliver peed on the tissue paper. He can’t help it. Crunchy paper just NEEDS pee.

Since he’d peed in the crate anyway, I went ahead and enacted a plan if been working on for a while. Operation: Really Tall Litter Box is going now.

You see, the problem with big cats is that they do gross things with their litter box. Obi is a zealous digger and we end up with kitty litter – clean and dirty – all over the floor. Both cats, on occasion, stand inside the box and don’t realize their back ends are not over it. Poop on the floor.

So my answer? Great big crate.

Oliver was okay with it. So far. He didn’t have to “go” so he looked around before suggesting what we really need are treats. Obi attempted to climb in and got high centered. As he tried feebly to get his back legs in, I swooped him up and dropped him into the box. “You’re going to have to give it a little hop,” I said.

I’ll let you know how long they hold it.