Confession: For the last two weeks, The Boy and I have been in Europe.

We started in Rome where we were told we would see a whole bunch of cats. There are even calendars and post cards (Photoshopped) about the kitties of Rome. We saw none. Not one.

Croatia, however, had more. And some of them allowed me to take their picture for you. I promised them international fame. 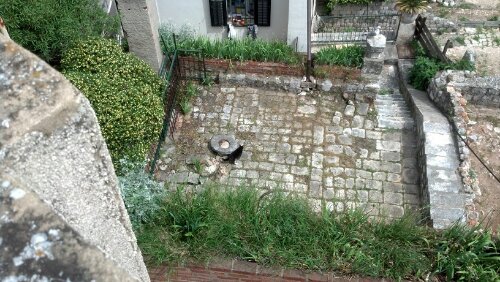 This is from the top of the city wall around Dubrovnik. My accent in Croat-Meow must be bad – neither of these cats would even look my way. 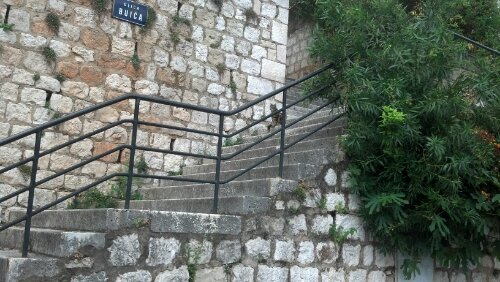 This one was trying to understand me. 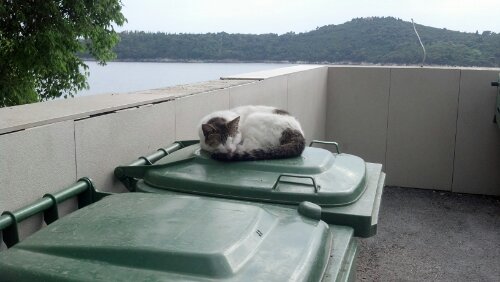 This one was off duty. He refused to pose but said he didn’t mind if I took a picture. 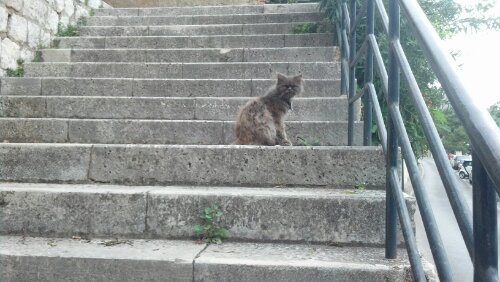 We affronted this lady with our picture taking. This, so soon after someone had the audacity to walk down her stairs without asking, was more than she could bear.

Each cafe had its own cat. This is the cat in the cafe where we hid from a rainstorm and met some nice people from Seattle.

Due to an ancient agreement that has lasted through a number of governments, Bosnia has a section of coastline that divides Croatia. We took a day trip to Mostar. Bosnian cats, like its people, have a population that is thriving and one that suffers.

Cafe cats are better off. 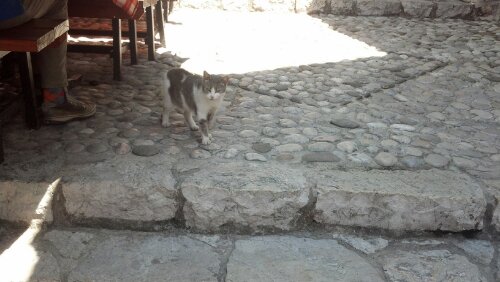 Our final day in Croatia was in Split where we caught the ferry back to Italy. 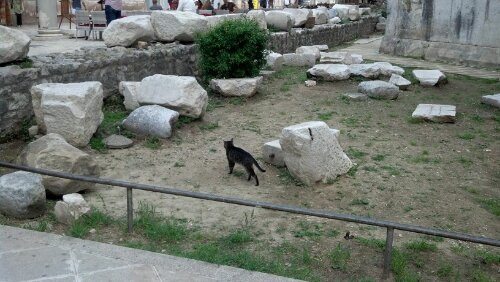 This cat was less than impressed by the notion of my international blog.

The book I’m reading has a one-eyed stripper. Weird coincidence, I think, that we met this mama cat who has lived hard at the ferry terminal. I fed her the ham from our left over sandwich. This is her afterward, giving us serious one-eyed purr face. I wanted to give her a scritch but I didn’t touch any of these cats for fear of creepy crawlies. 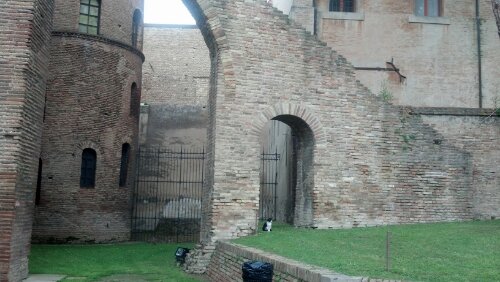 Back in Italy, we saw this handsome gentleman at his basilica in Ravenna. He posed for about 20 women who wanted his picture. Then a woman stepped wrong on the wooden walkway and the sound sent him running.

In Urbino, just as I was about to lose my mind from the need to scritch, we walked by a theatre and saw a couple with a cat. They saw us taking pictures and let us in. I got a purr of appreciation from him – he could tell I was cat trained and kitten approved. 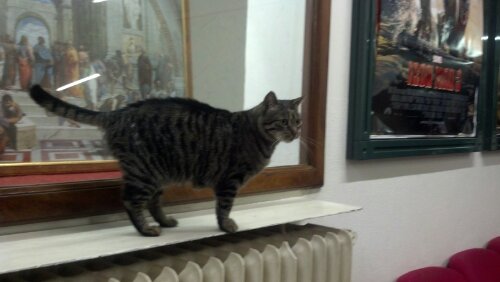 But in all my travels for these two weeks, there is one simple truth: