It’s All Fun and Games

Last night, The Boy and I came home from beer drinking and plopped down on the couches to snuggle with the kittehs. Oliver was happy to purr with me but Obi was bored.

Obi had been bored all day.

I had an idea. 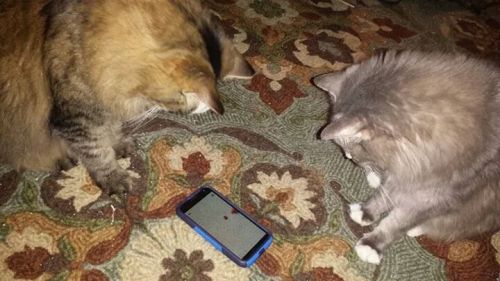 I downloaded Cat Alone on my phone. The app has six games on it including ladybugs, flies, a green laser and a finger. Oliver was fascinated.

Then Obi was bored.

Oliver was getting pretty good at squishing bugs on the game but then he got too excited and I had to take my it away.

It’s all fun and games until a kitten starts chewing on your phone.

Friday was Kitten Thunder’s birthdays. Oliver, whose birthday we know for certain was July 27, turned nine. And Obi, whose records gave a best guess at July 27, turned three. This is further proof that Obi was put on this planet to be with Oliver – he was a birthday present that just took eight months to deliver.

Of course, the whole world celebrated their birthdays with a big ceremony. I have no explanation for why they held it in London. Weird. Oliver feels bad that they haven’t changed the name of the event to include Obi; it could be the O-lympics or the OliandObimpics. But we understand that they’ve been planning this party since before Obi was born, so maybe it was too late to change the letterhead.

In addition to Friday’s big show – where some jerk named Bob seemed set on insulting every country that showed up – there are games! Games for like ten days! Obi has enjoyed some of them. Tennis, swimming, soccer and volleyball are interactive if you are a brown kitten. But there are others where he lays down and takes a nap.

We humbly suggest some new games for the next Oli-mpics:

Also, The Girl has been working on a project that we think would work quite well for those medals they give out. 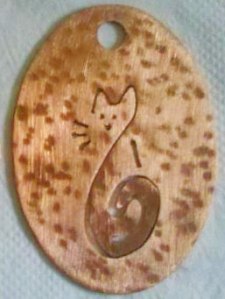 The winners should get to nap on that top tier.

Posted in Attempt at humor, Cats, LOL, Oh please someone think this is funny