The Boy and I went to dinner last night at a new local restaurant. I had this: 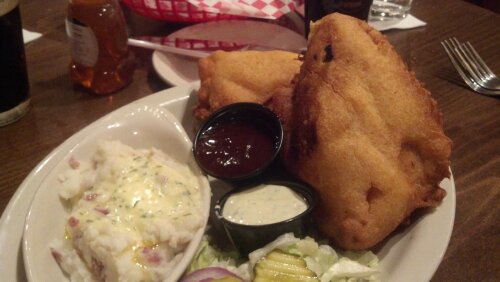 It is a pulled pork sandwich with macaroni and cheese, on sour dough bread, dipped in fry bread and, well, fried. And that next to it? Mashed potatoes drowning in four cups of butter.

After dinner I needed to walk for a while.

We decided to go to the pet store across the street to get a rug for the litter box. Just as I was thinking we should check out the toy aisle, The Boy said we would not get any mice for Obi. At first I thought he was psychic. Then I thought he knows me well. Then I realized he was talking about live mice, at which we had been looking a few minutes before.

So I veered into the toy aisle.

Obi has plenty of toys and the only one he plays with at the moment is flat mousie. That, and light reflected off our phones and onto the wall. I suggested we get a laser.

The Boy said he doesn’t need a laser, he has a phone and the sun.

I pointed out that the sun goes away. The Boy shrugged and walked off.

I pointed out, to myself, that the laser toys were on clearance for $4. Sold! Who can argue with such salesmanship?

The laser is much better than a reflection from a phone. 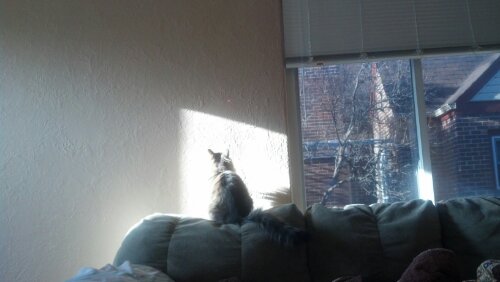 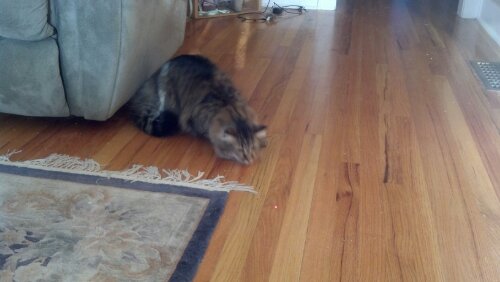 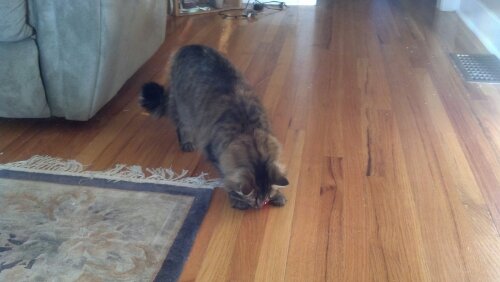 It goes all around. 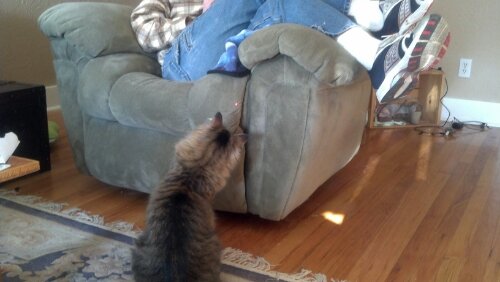 Much to my disappointment, Obi will not attack The Boy when the red dot tries to make that happen. But he is laser focused for ten minutes at a time and I can wear him out while sitting on the couch.