For the last week or so, the temperatures have been dropping. Enough so that we’ve had to start closing windows at night and only opening one or two during the day when the temperature outside gets higher than inside. Obi is glued to the open windows as they become more scarce.

Then, last night, the worst possible thing happened: every window was closed. They stay closed today. They’ll be closed all weekend.

In fact, I turned on the furnace tonight.

The furnace, of course, gave off that burned dust smell. Obi glared at me. And then I started cooking. He had to admit that he was impressed by my ability to burn something before I was even in the kitchen.

The good thing about colder weather is that I have two kittens with me at night. A brown kitten on my feet and a grey kitten under the covers with me. Toasty. I also have a kitten snuggled up next to me on the couch. And at the desk. And in the kitchen. 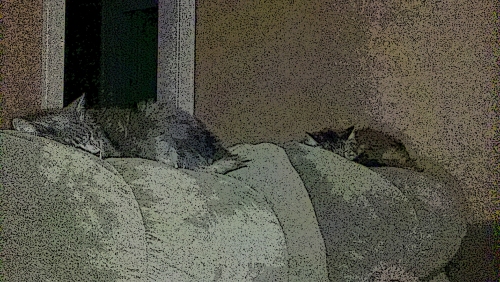 It’s Thunder Thursday! Today I bring you three pictures from Kelly’s house. Brother’s aren’t the only ones who bond in a household. Mustang Sally is accepting that she is no longer the only kitten, but Jack and Harley are best buds. 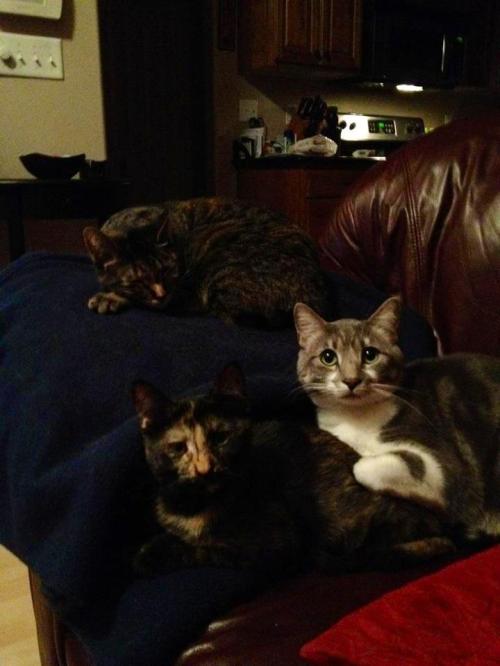 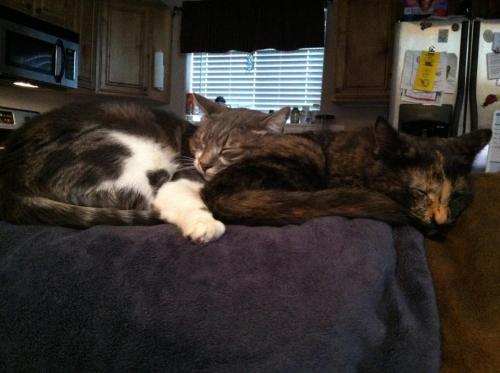 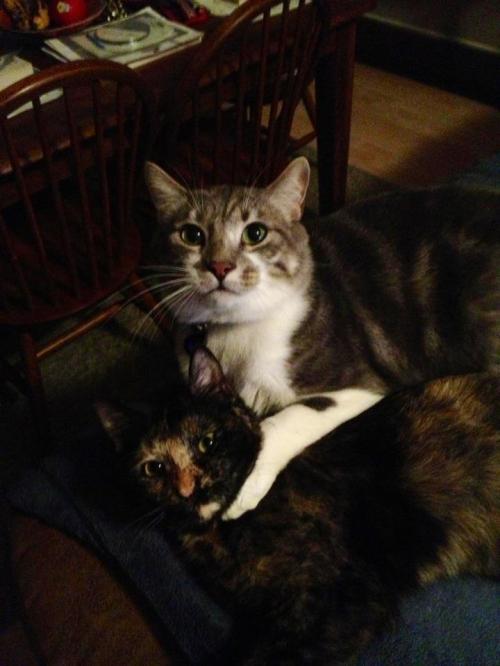 This entry was posted in Attempt at humor, Cats, Oh please someone think this is funny, OutTV, Thunder Thursday, Uncategorized and tagged brothers, cats, kittens, outside, siblings, sisters, snow, weather. Bookmark the permalink.